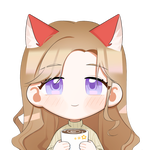 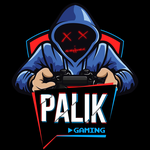 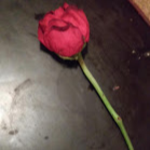 In this article, channel growth is based on the number of followers that a channel has, this is definitely not a perfect measure but is frequently quoted as being an important metric by streamers themselves. A combination of factors such as followers, viewership and views would probably give a better representation but for the purposes of this article followers will be used. In follow up articles I may look into different comparisons.

Data was collected on approximately 80-90% of Twitch channels over the course of 180 days for this article (ending on the 25th of April 2016). Most data presented will be grouped by initial follower counts so that a more reasonable comparison can be made (it isn’t useful to compare a channel with 100 followers to one with 100,000) and also so that the changes in growth as a channel gets bigger can be highlighted.

Growth for the average channel on Twitch

Channels were grouped by initial follower size, ranked by their follower gain and then grouped into 5% segments (0-5% having the lowest growth, 95-100% having the highest). The median was then taken for each, leading to 400 data points. In this context, average is channels which fall into the 45-55% range.

The following chart shows the followers gained per day for the "average" channel on Twitch, I've excluded the two largest groups (655,360+ followers) as there aren't enough channels to give a decent average and the growth would make the chart unreadable for every other group.

The chart clearly indicates the fact that a larger channel will probably grow faster than an existing one. I have to admit the growth of the “average” channel is less than I thought it would be (I had to recheck the data), even in the mid channel range. For smaller channels being “average” just doesn’t cut it as no growth can be expected, admittedly these groups will have much larger noise as channels which stream for a week and never again would be counted.

It’s important to note that a channel being “average” isn’t static, this will change over time and as the channel gains followers.

Below is the time required for the "average" channel to double in size (follower count). I have removed the first group (0-5 followers) and they did not show any growth..

The chart shows an increase in the time to double up until the 9th group, this isn't really surprising as the number of followers required doubles in each group. The time to double does not double however which again highlights that a channel will probably gain followers faster the larger it gets.

There is an interesting jump in the time required at group three, I do not have an explanation for this but two possible reasons are the amount of noise within this group or perhaps an indication that the average person on Twitch knows around 10 people who watch Twitch which allows them to gain these followers relatively quickly.

After 1280 followers the time to double steadily drops, again suggesting that larger channels will go faster. It may also indicate that channels of this side are becoming more “serious” and that channels are less likely to be casual. It would be interesting to compare channels of this range with factors such as average viewership, stream time and stream consistency.

What about the fastest growing channels?

Looking at the fastest growing channels (channels with the top 10% of follower gain) is rather interesting. The pattern in follower gain is similar to that of the average group, with low but steadily increasing growth followed by exponentially larger rates of growth as the channel size increases. The difference however in raw follower number gains between this group and the average group is most dramatic for smaller channels, for example group 10 (1281-2560 followers) has a follower gain rate 34 times higher while group 17 is only 4 times higher.

It's clear to see that while the "average" channels can growth, the difference when compared to the fastest growing channels is very great. As stated above it would be interesting to see how channels move between groups – for example, how likely is a channel which is in the top 10% to stay there as they move up the channel size groups. Also do average channels stay average or do they experience periods of higher growth. More data would be required to look into this but it would be an interesting study!

×
×
SullyGnome.com © is in no way affiliated with Twitch. Please do not scrape this site, it's a hobby project with limited resources. Terms Cookies