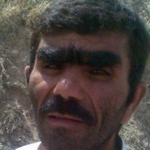 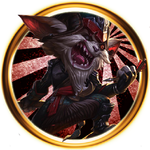 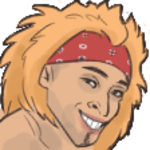 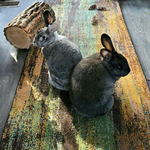 Method is the same as stated in chapter one, with the exception being that we are including data for the 48 hours of streamed time before and after each 24 hour stream.

How do follower gains compare to before & after the stream

It's clear that on average there is a increased rate of followers during the course of a 24 hour stream, this rate however does not persist after the stream. If I was to speculate as to the reason for this, for channels of moderate size the increased visibility effect we discussed in part 1 could play a part. I would expect however that the event like nature of these streams coupled with increased advertising will have a greater effect, again this is purely speculation. Comparing upcoming stream mentions and comments on Twitter/forums etc. would be very interesting to see the effect they have both on 24 hour and shorter streams, this is well beyond the scope of this article however.

How does viewership compare?

Does channel size has an impact follower gain rates?

As discussed before, global comparisons such at those above are not sufficient as the range of channels on Twitch is so great. The following chart compares the rate of follower gain during the stream with the rate before the stream, broken down by channel size. The before data is taken from the 48 hours of stream time before the 24 hour stream. A stream is "Same as before" if the follower gain during the stream is within 15% of the value seen before the stream, more than before is a 15% to 50% increase and much more is greater than 50%.

Stream follower change, compared to before the stream, grouped by channel size.

The majority of small channels do not see any change in follower gain, this is due to them not gaining any followers before or during the stream. Once a channel researches the 100 follower mark there is generally a 30% chance they will have a lower rate of follower gain, 20% chance they will see no change or a small change and a 45% chance of a large increase with about 5% variance between the groups.

There isn’t a large variation between the channel group sizes (apart form the smallest channels) when it comes to the distribution of those that lose/gain followers. Obviously there will be a large difference in the actual rates (larger channels will have a larger follower gain rate) but in percentage terms there is not a wide variation. Group 17 shows unusual losses when compared with the others, but I suspect this is down to sample size.

Stream follower change, after the stream compared to before the stream, grouped by channel size.

This data tends to suggest that a portion of channels do very well out of a 24 hour stream, others on the other hand may end up doing worse (at least in terms of follower gain) than they would have if they had streamed normally.

Does channel size has an impact viewership change?

How does viewership compare when broken down into channel sizes? As before, the raw viewer numbers will be significantly different group to group, but in this comparison we are comparing each channel with itself, grouping the channel by size and then averaging the results.

Stream viewership, compared to before, grouped by channel size.

Stream viewership after stream, compared to before, grouped by channel size.

So how does viewership compare after the stream?

Doing a 24 stream does not appear to have a massive impact on retained viewership numbers for most channels, with a relatively even spread of losses/gains/no change. I would admit the number of channels seeing a decreased viewership is more than I was expecting and it would be interesting to examine the magnitude of this loss, whether or not it persists long term and how it compares with shorter streams.

Interestingly the 80-5120 follower range channels have a comparatively high viewership retention probability but also a higher probability of loss.

This site is in no way affiliated with Twitch. This site is also still in development so please expect bugs!